Hello! I am trying to display unique values of data fields (e.g., packing slip numbers) in multiple columns in one of my reports.

I edited one of your replica templates to display packing slip numbers (highlighted in red) on the line level: 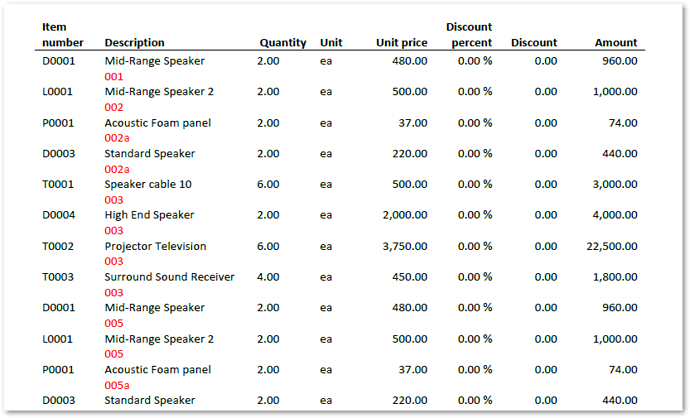 I have successfully implemented this multi-column layout by setting the table cell rendering mode in the list tagging element properties (see test Table 1 below). 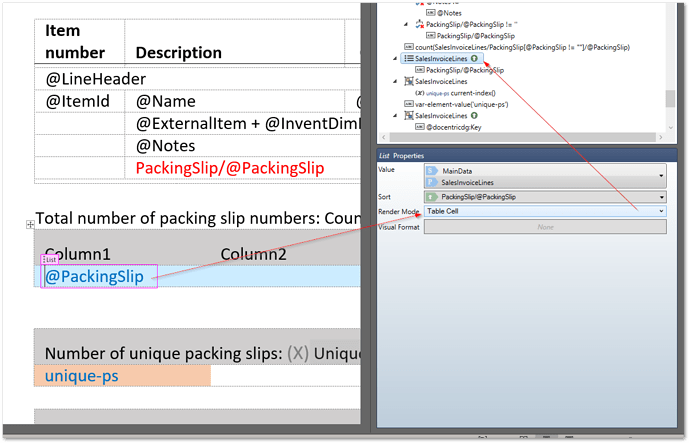 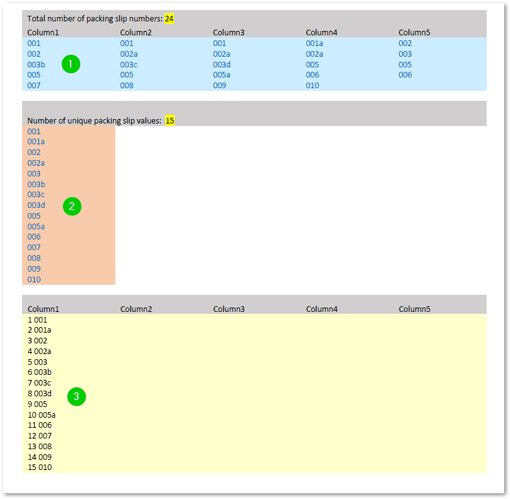 However, when I tried to apply the same settings to the group tagging element (Table 2), I could not select the table cell rendering option in the group properties (i.e., the rendering mode property is not available for the group):

For this reason, I can apparently only display unique values vertically (see Table 2 above, while Table 3 was just another attempt to do this).

I have attached a sample template to show what I am trying to accomplish. Specifically, I want to display only the unique packing slip numbers in columns 1-5:

Can you help me achieve this?

Unfortunately, the simplest solution for your needs, which is to select the table cell rendering mode on the Group tagging element, is not currently supported.

We have this feature on our roadmap, and Docentric will support the rendering mode for the Group tagging element in one of the future versions of Docentric Designer.

However, there is a simple workaround that you can implement in your template to achieve precisely the results you want. Let me describe the approach and the steps required:

I removed the Main table and Table 3 from the attached test template to quickly preview the results.

You already used the Var tagging element in the original version of the template to count unique packing slip values. Note that there is now a second variable named ps-string in the same Group: it concatenates the group keys and adds a line feed between them. Below is the XPath expression I used:

We can then use the same variable value in the XPath expression of the List tagging element: 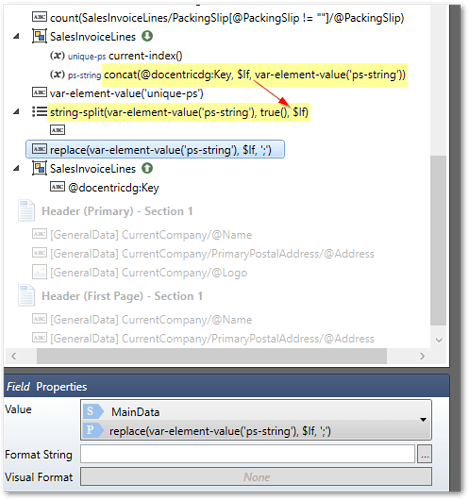 It may sound strange, but it is enough to remove (delete) the existing Xpath expression and leave the Path dialog box empty. 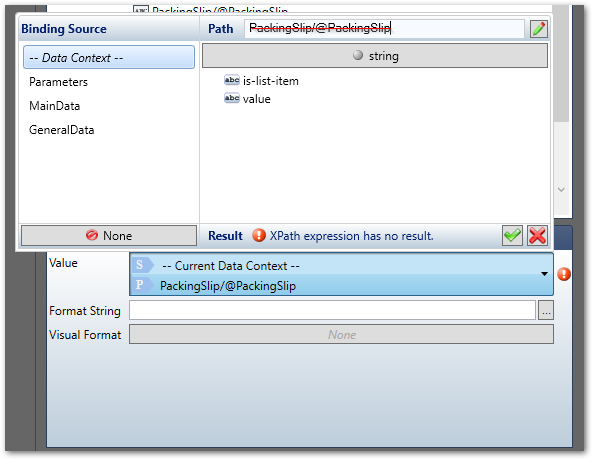 As the Binding source of this field points to Data Context, this is what we now see in the template:

The abovementioned changes will result in the expected output of unique packing slip numbers rendered in multiple columns.

Here is the edited version of the template:
SalesInvoice.Report_rendering of unique field values in multiple columns_edit.docx (91.2 KB)

Please let me know if you need more information about the expressions used, the logic, or the structure of the elements.