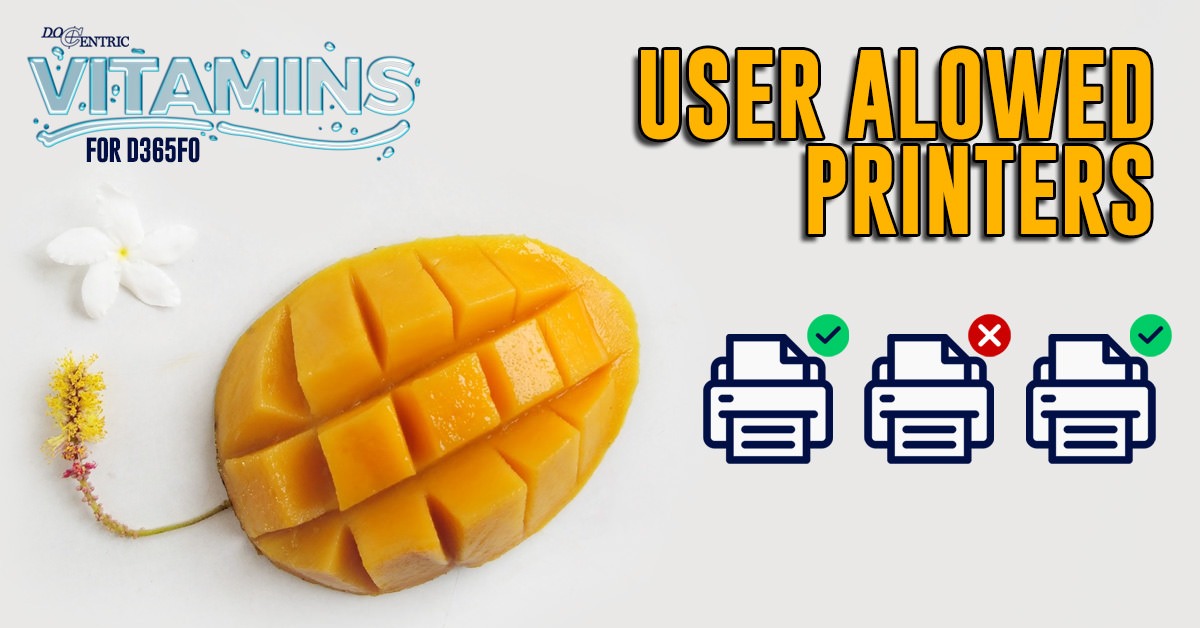 The User allowed printers functionality is part of Free Edition, so why wait – download is one click away! Try it out now >>

In the following video you will see how administrators can set up allowed printers for users, and how this affects printing reports to network printers in D365FO.