When printing the reports to the Printer print destination by using the Print Management, D365FO users often need to print to a printer other than the one configured in the Print Management settings. There is a work-around: preview the report and then print, so that you get the chance to specify a printer of your choice. But wait, what if you need to bulk print many reports and it means repeating the same procedure over and over again? Wouldn’t it be good to have the possibility to define for each user his or her default printer in D365FO? 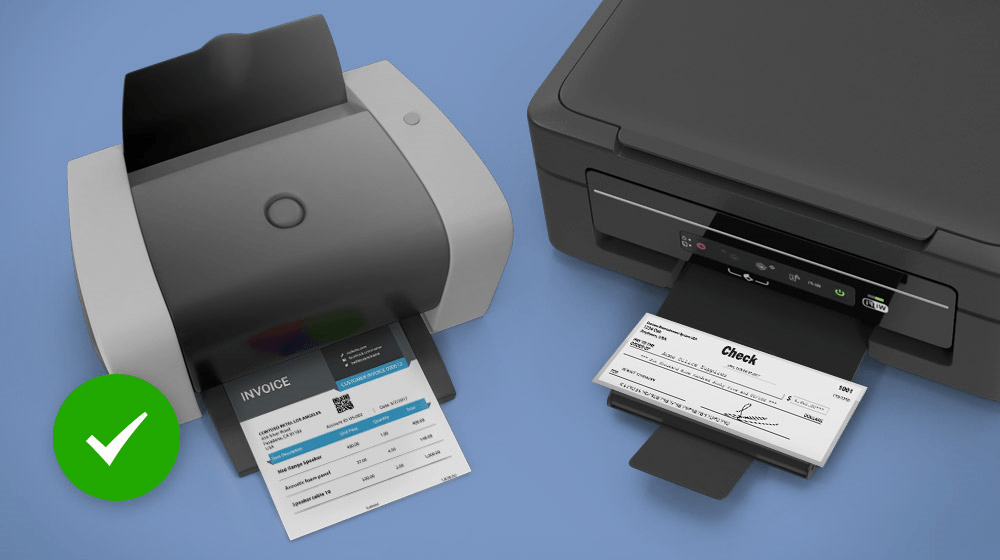 When you use the Docentric Printer print destination, in addition to the standard list of available printers you will get the possibility to select the @DEFAULT_PRINTER@ printer name. 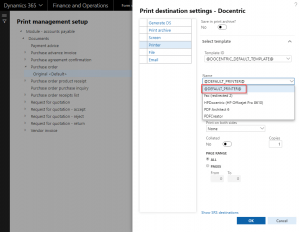 With Docentric AX Free Edition you can send documents from within D365 to the default printer, which can be set per user, user group or legal entity.

When and How to benefit from the Default Printer in D365FO

The typical scenario where you will appreciate having the possibility to print to the default printer is the following: users working with the same reports are located at different rooms, floors, sites, warehouses etc. 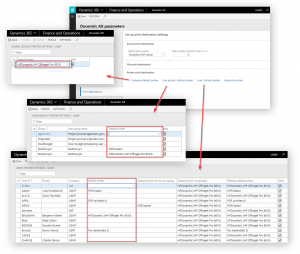 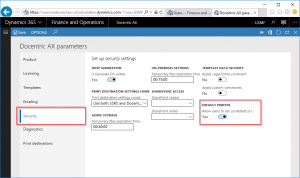 Learn more about how to set up and use default printer >>

Standard D365FO application offers only printing to the network printers. Docentric AX Free Edition on the other hand provides an option to print to local printers directly from Docentric report viewer. You can simply preview the report, click the Print icon and then select any of the installed local printers. 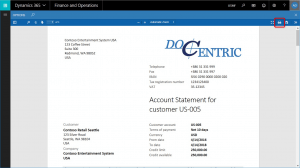 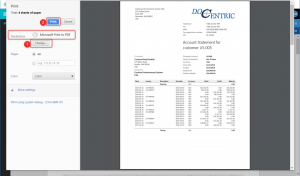