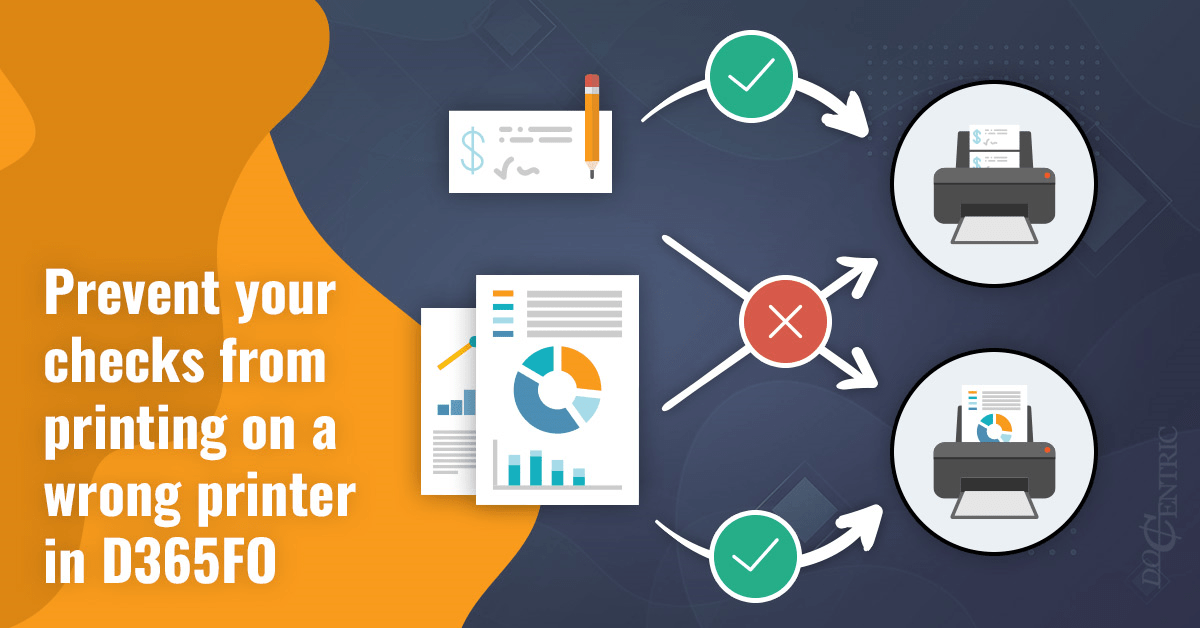 According to Dynamics 365 Application Ideas, the ability to restrict access to network printers is a very popular idea. Starting from version 3.4.0, Docentric AX Free Edition supports report- and user-based security for network printers. In other words, you can configure which reports can be printed to which printers by which users.

In this article, we will explain how report-based security for network printers works, using the Check report and a check printer as an example.

Checks are delicate in terms of printing since they cannot be easily reprinted in case of an error – there are check numbers that are carefully generated in a controlled manner by the system. However, a check might get printed on the wrong printer, or a user can accidentally print some other report to the check printer, which uses pre-printed paper!

Let’s say that we have a network printer called Check printer which is dedicated to printing checks. To prevent checks from printing on the wrong printer, we need to take the following configuration steps.

Configure Check printer as an exclusive printer for checks only

Setting a dedicated printer for checks can be done with a few simple steps in Docentric Restricted printers setup. When we select Check printer, all reports are initially in the Allowed reports section, which means that every report can be printed to Check printer.

We simply select all reports except two Check reports and move them to the Restricted reports section.

Finally, let’s make sure that these two allowed reports may not be printed to any other printer. We click the Restrict for other printers button and get a lockbox as a sign of bidirectional restriction.

Now that we restricted all other printers for Check reports, let’s test it.

Print a check to a different printer

In the image below we can see that only Check printer is available in the printers lookup when printing Check reports.

Print any other report to Check printer

Additionally, we won’t see Check printer in the printers lookup when we are printing any other report. 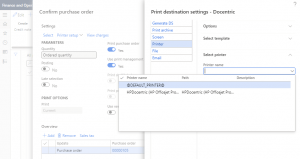 What about default printers?

But what would happen if we try to print a check to @DEFAULT_PRINTER@ that is not configured as Check printer? Let’s try this! A runtime error occurrs, letting us know that we’re trying to use a restricted printer with a message:

Similarly, if @DEFAULT_PRINTER@ is configured as Check printer and we try to use it for printing any other report, we will get a runtime error with the following message:

That covers this easy-to-use but very powerful functionality.

There is more: Restrict access to Check printer per user

If you want to allow access to the check printer only for certain users, no problem! You can do it by applying user-based security for network printers, also delivered as part of Docentric AX Free Edition.

Learn how to restrict access to network printers per user >>